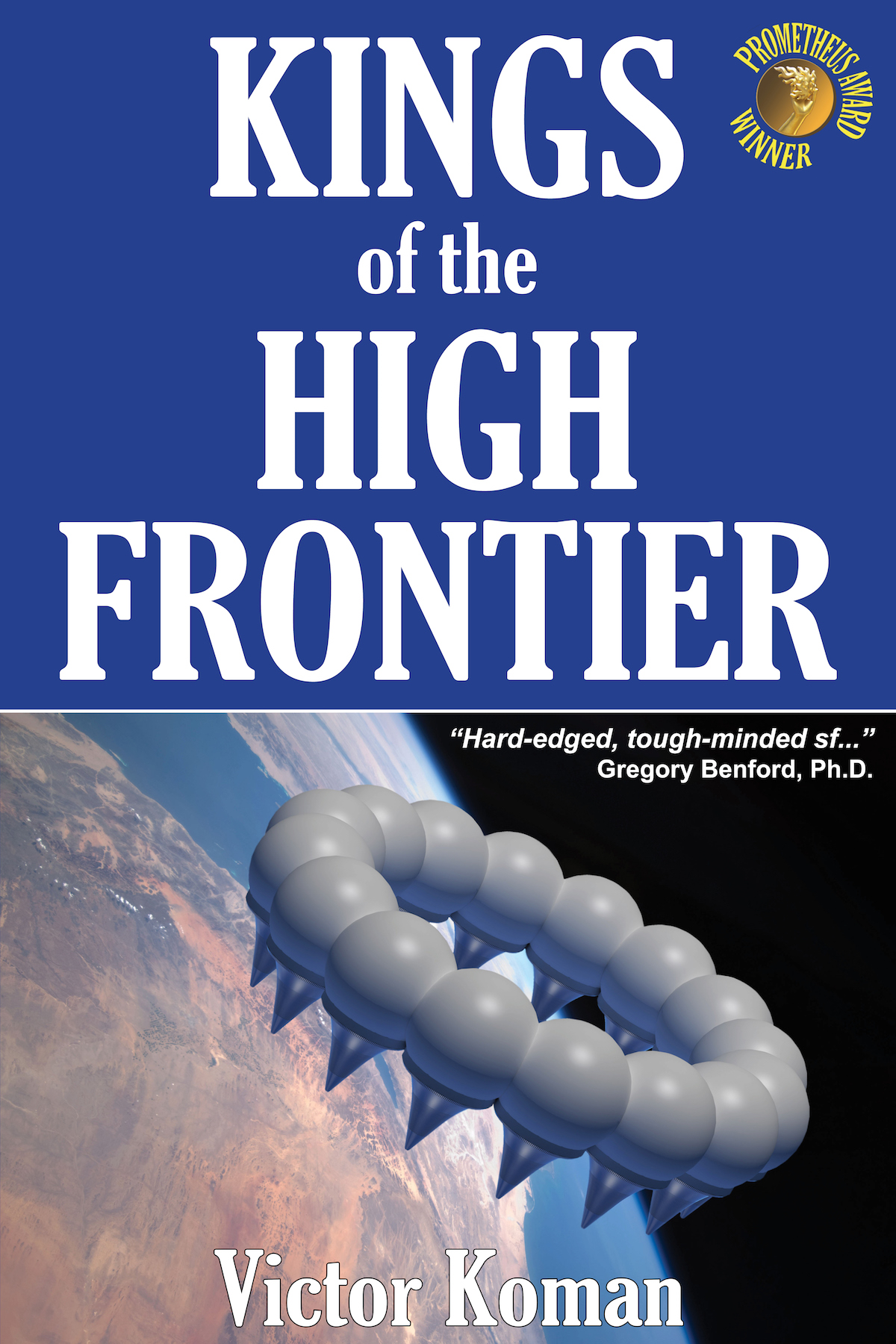 Tammy Reis, NASA Space Shuttle commander, works for the most highly funded, technologically advanced space program in the world. So why do nightmares of the Challenger disaster haunt her sleep? And why does her beloved NASA seem no longer capable of matching the stunning successes of its glorious past?

Billionaire Laurence Poubelle wants to build his own orbital X-15 spaceplane. Can his keen marketing skills overcome a decadent culture hostile to wealth and contemptuous of adventure? Can he single-handedly launch the greatest Space Race in history?

Rocket engineer Gerald Cooper struggles in a tiny spacecraft-design company in the Mojave Desert. Who wants him stopped — or dead?

Russian nuclear missile commander Col. Vladimir Tuchapski subverts a disarmament treaty to attempt an impossible theft. Can he hijack the abandoned space station Mir and restore the glory of the crumbled Soviet Union?

The great-great-great-great grand nephew of Davy Crockett and his cadre of college students secretly build a single-stage-to-orbit rocket-copter in an abandoned warehouse in the South Bronx. Can anyone stop them before their low-rent launch attempt sets the New York skyline ablaze?

NSA operative Montgomery Barron fights to construct his own answer to clandestine launch-vehicle efforts: the orbital killer-spaceplane Huntress. Will he achieve the goal of Project Stark Fist to control the spaceways?

Shadowy black-marketeer and smuggler Marcus Aurelius Grant — hidden from scrutiny in a failed African state — concocts an ambitious conspiracy more daring than anyone can imagine. Tammy Reis — stripped of her astronaut wings for resisting a politician’s brutal advances in orbit — is recruited by the National Security Agency to infiltrate Grant’s inner circle. When she discovers his deepest secret, she faces an impossible choice: duty to her government or loyalty to her heart, mind, and soul.

All formats available from Smashwords — Only $4.99!

Limited, Numbered, Signed Hardcover 1st Edition only $39.95
Read more about Kings of the High Frontier and like us on Facebook